Yes, sorry. I've been MIA from here for a very long time. That's because I spend most of my time over at my other blog:

Ok, call me juvenile, but this headline gave me the giggles: 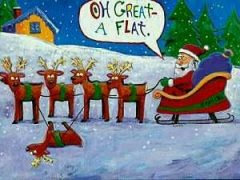 Saw this the other day, though, and thought it was funny. Figured I'd share, since I have no words of wisdom to impart at the moment.

*Warning* The author of this post is still coming off a Girl Scout Cookie binge and her brain is clouded with sugar. There will likely be no enlightening, entertaining or otherwise worthwhile material in this post. If you keep reading, you do so at your own risk.

That said, I figured since my last blog was in February, I ought to at least put up something. It's embarrassing. In self-defense, however, I have been extremely busy with working two, three and sometimes four jobs, running back & forth to the doctor's office, and trying to keep my juvenile delinquent out of jail. That's a full-time in itself. Most days, I'm too tired to breathe, much less write.

Anyway, in the interest of at least something book related, I read Karen Miller's EMPRESS last weekend. Jury's still out. The main character was not particularly likable through most of the book--in fact, I even began to despise her--yet I kept reading. I felt the author too often went with the cheap emotional shocks, yet I kept reading. I was annoyed by much of the language, yet I kept reading. Most likely, I will even read the sequels, because I still want to see what happens. How's that for a rousing review? Lol

Apart from the aforementioned drawbacks, I still found the overall story interesting, the pacing on target, and the secondary characters very well drawn.

From the back cover:
"In a family torn apart by poverty and violence, Hekat is no more than an unwanted mouth to feed, worth only a few coins from a passing trader. But Hekat is not born to be a slave. For her, a different path has been chosen. It is a path that will take her from stinking back alleys to the house of her god, from blood-drenched battlefields to the glittering palaces of Mijak."

I think I'll try Ms. Miller's MAGE books and see if I like them better. Have any of you read those? I'd be interested in your opinion. Also, your opinion of EMPRESS if you've read that too. Or heck, just make some recommendations - what's the last thing you read that you really enjoyed? I'm re-reading Christopher Moore's LAMB, because it's one of my favorites.

What's in a Name?

Ever since I read Cliff's blog about a story he wrote using a pseudonym he refuses to reveal (the tease), I started thinking about my own nomme de plume. Like Clifford, I've considered branching out into new territory, but would need a new name to go there. (Also like Cliff, said territory will remain unnamed, but let your own imaginations take you where you will.)

I was pondering this dilemma while checking my email when by the grace of God and Spam, two beauties fell right into my inbox: Ernestina Whoppingpenis and Clyde Thunderstick.

Now if only I could decide between the two...

On a more serious note, his idea of a complete, edited and submitted short story per month was a pretty good one. Ambitious, but not impossible. Go, Cliff! :)

Anybody else have writing goals for this year that they'd like to share?
Posted by RK Sterling at 6:15 PM 21 comments:

I just noticed that I started this blog in January of last year, so it's now been a year since I "met" Sid, Charles, Stewart, Avery, the Susans, Lana, Jon, Steve, Candice, Sphinx, Wayne, Travis, Donkey, SQT, Ivan, Lucas, Christina, Lindy, Clifford, JR, Etain and the rest.

Time sure does fly when you're having fun. Thanks for hanging out with me. I feel privileged to know you.
Posted by RK Sterling at 8:45 PM 16 comments: